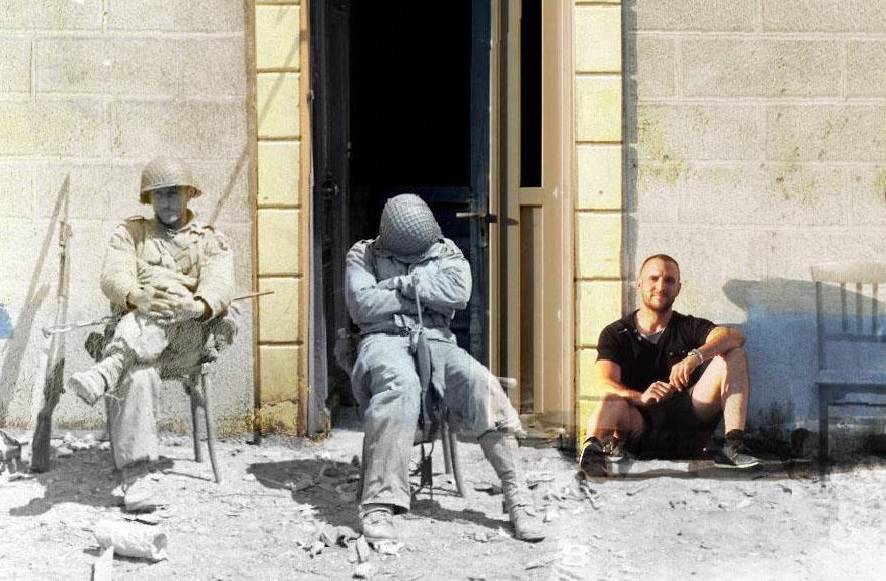 The streets of Carentan, witnesses of another time.

These three elements of the 327th Glider Regiment allow a moment of rest during the occupation of the city of Carentan following the liberation of the town. Landed on Utah Beach mainly on June 7th, 1944, this unit was originally intended to invade the land by gliders. It is an integral part of the 101st Airborne Division, which does not only include paratroopers. Men wear similar equipment, such as the famous US M1 rifle in its foldable butt version. 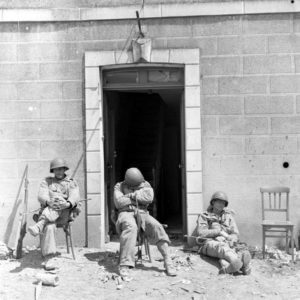 The Liberty Road, place where a lot of photos were taken.

But these elements of the 327th GIR were resting against the gable of a house are not alone and if you turn in the street, other soldiers also poke a nap. The third photo identifies this zoom. The Désiré Ingouf Café no longer exists and a new building, more or less similar has pushed in its place. However, the windows leave no doubt about the location of this snapshot. In addition, the color circles will allow you to locate yourself. 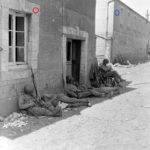