A CCB parade in Carentan 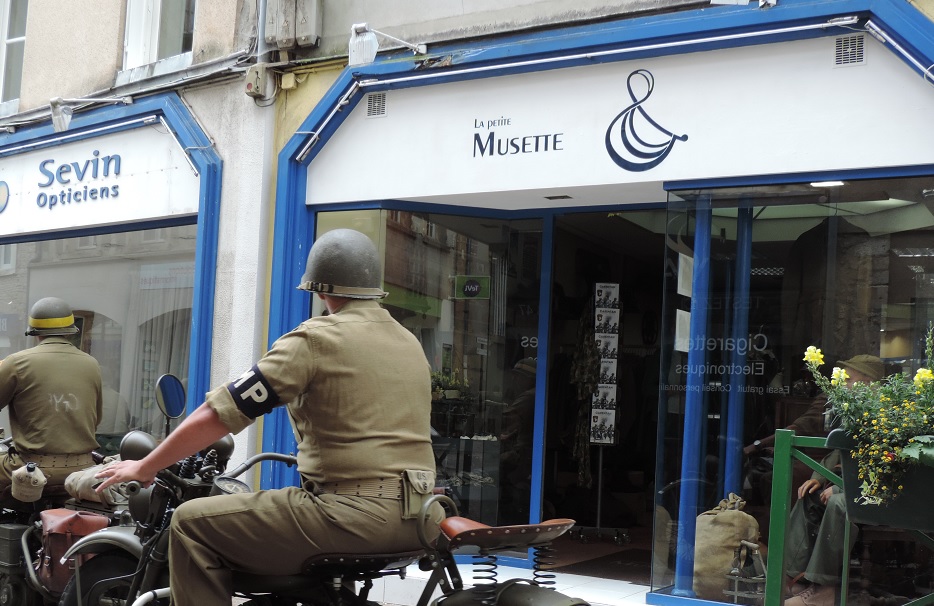 A beautiful parade in the streets

On July 14, an unusual event took place in the streets of downtown Carentan (50500). Indeed, there are about fifty vehicles accompanied by 200 reenactors who parade on the occasion of the national day, for the greater pleasure of young and old inhabitants. The highlight of the event: all these enthusiasts wore homogeneous outfits and preceded vehicles with the colors of the 2nd American Armored Division. This parade marks the completion of a journey lasting several days in the middle of the Normandy fields in the footsteps of the operations of 1944. To finish, the men did not hesitate to begin the songs of the American army during their walk. 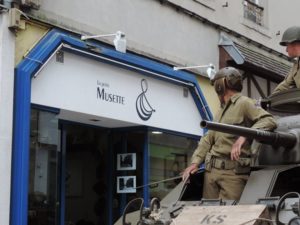 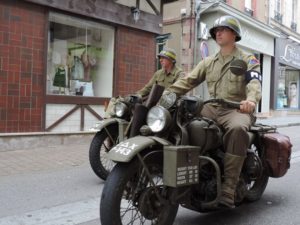 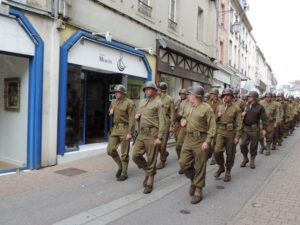 This event, perfectly framed and organized by the City of Carentan and the local associations, is an integral part of the trip “CCB – 2nd Armored in Europe”. The CCB Group, whose reputation is well established, is keen to respect, during these trips throughout the continent, a maximum of historical rigor in order to preserve the quality of its presentations and to stick to the most realistic historical facts happened during the Second World War. Thus, dress code and vehicle markings were provided to participants from all over the world (USA, France, Belgium, Czech Republic, …). The impeccable result, as usual, was at the rendezvous. 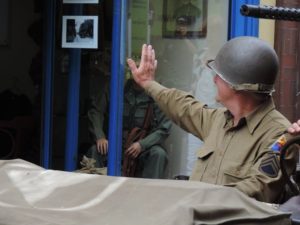 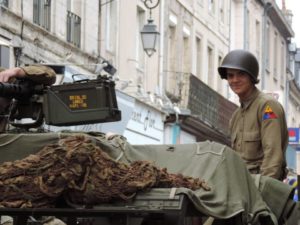 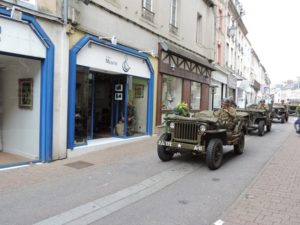