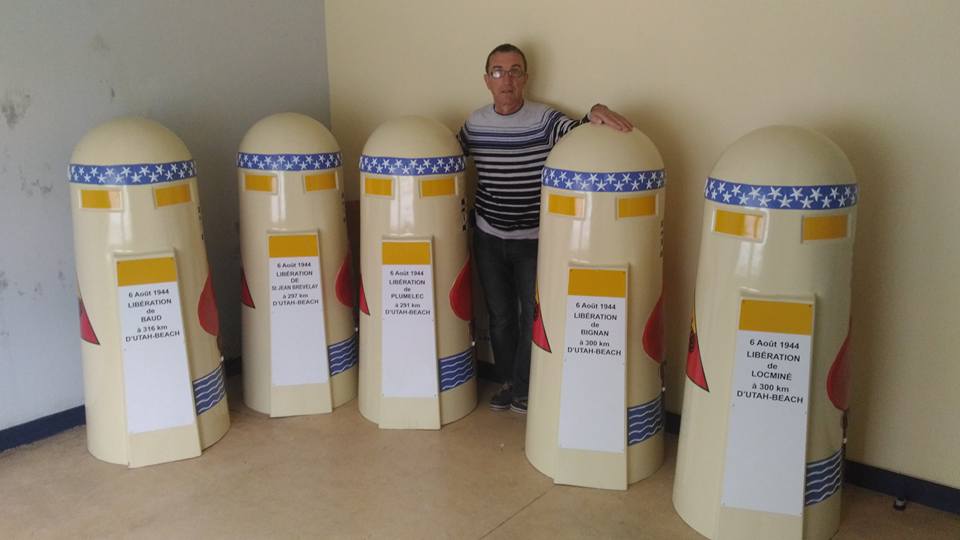 The initiative of Jacky Cadoux is not the least. Inspired by the Road markers of Liberty established on our territory from Normandy to the Belgian Ardennes, this enthusiast realizes the project to erect on 5 Breton municipalities of the Bornes of the Liberation retracing the course of the 4th American Armored Division on this sector. The communes selected and participating in the project are Plumelec, St Jean Brevelay, Bignan, Locmine and Baud. These monuments will be placed this week and inaugurated on October 28, 2017 starting with that of Plumelec (56420) at 9:30 am! 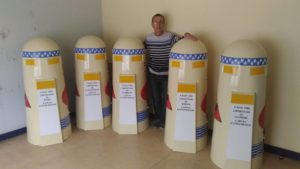 And so many others projects!

Jacky Cadoux is also president and a very active member of the association Souvenir Militaire Center Morbihan which aims to perpetuate the Remembrance and the Memory of the military facts carried out in Brittany during the XXth century. The club is organizing its 3rd Military Antiquities Fair, which will take place on November 12nd in Locminé (56) (Halle des Sports, Rue de la Bouillerie), which will enable the association to finance other commemorative and memorial projects. 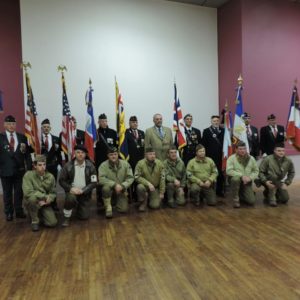 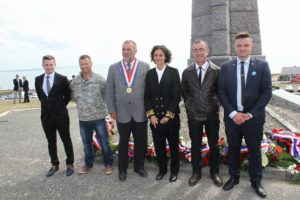 More informations on the page of the association: