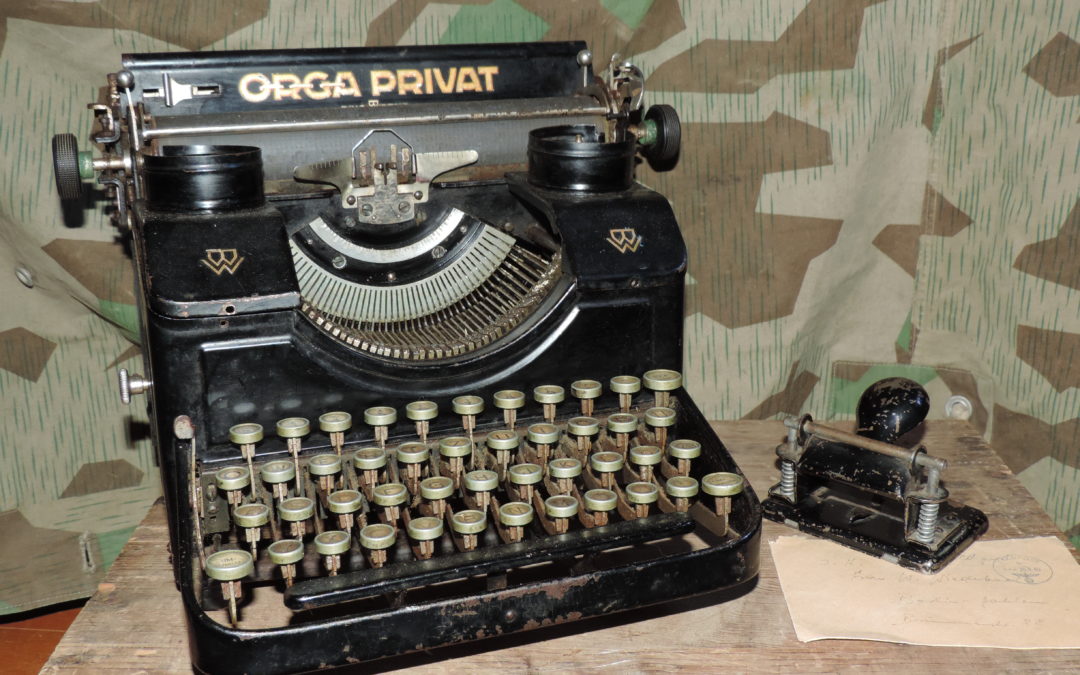 Offices in the German army

We will never repeat it enough, all military equipment is not necessarily green and does not look like a helmet or a weapon. As evidenced by these two office accessories, there are other witnesses of the Second World War passing more unnoticed. These two elements are actually a Bing-Werk typewriter and a perforator, left behind by the soldiers of the Werhmacht following the collapse of Normandy in the west of the Cotentin in the summer of 1944. After they moved, these two administrative tools were recovered on site and then stored by inhabitants of the region. It remains, however, an enigma about the origin and function of theses offices from which they come from? kommandantur? Headquarters of a unit? Military hospital? … Anyway, they are still two witnesses of an era not so far away, saved from a certain destruction. 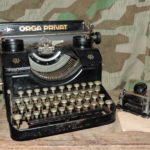 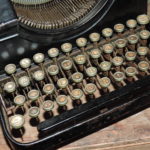 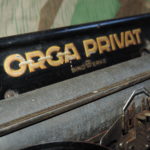 The typewriter presented is an Orga Privat model from Bing-Werk whose name and initials can be seen on several parts of the machine. This series begins to be produced during the 1920s, the market demanding more efficient tools and at modest prices. Bing-Werk is a well-known German firm, known mainly for the toy industry. The patent number applied using a decal on the reverse allows to confirm a production around the years 1920/30. The keyboard in “QWERTZU” indicates a manufacture for Germany (in the absence of an AZERTY keyboard for France, or QWERTY for many English-speaking countries). “QWERTZU” is actually the order of appearance of the first 7 keys of the keyboard. As regards the perforator, this is a Soennecken and is not dated, however it is marked DRGM (Deutsches Reichsgebrauchsmuster) before a short patent number (231-8). This mention DRGM indicates a production located between 1891 and 1949 (between 1945 and 1949, under allied occupation, the use of the DRGM is continued although the Reich was annihilated) and the number confirms a production of the 30s. Two elements of offices which will complement a German administrative scenario. 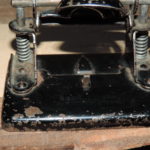 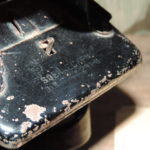 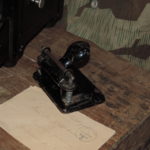