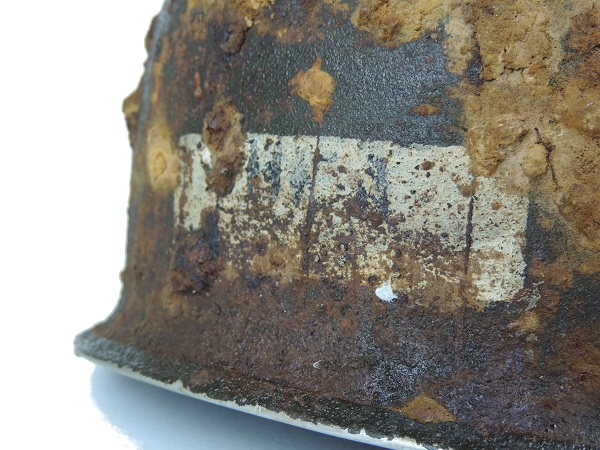 In memory of Jack Shea

Jack Shea, originally from Taft, California, is a sergeant and serves with Company C of the 1st Battalion of the 506th Parachute Infantry Regiment. With his division, the 101st Airborne, he jumped to Normandy in the night of June 6, 1944 in a territory invaded by the enemy. However, the vagaries of the weather, the German anti-aircraft defense and the stress of the crews lead to many approximate drops. Dropped away from his theoretical jump zone, Sergeant Jack Shea falls a stone’s throw from the city of Carentan. After having trained so long and hardly having touched the soil of France, the Sergeant is mortally wounded. Missing the call, he will be declared dead only on the 9th and his body will be transferred to a temporary cemetery and then repatriated to the United States.

The discovery of the helmet

However, it was in 2018, that his helmet insignia so special, he had taken good care to annotate his name, the ring still bearing the stigma of that night, was found during development work performed at an individual’s home. Today, the memory of Jack Shea continues through his owner, but also through the descendants of the Hero, including his passionate nephew who has already been enormously pleased with such an unexpected discovery. We will never forget Jack’s sacrifice, nor that of his two brothers, one of whom died in action in the Pacific.       (Photo credits: Bertrand Froger – Jim Shea)